When I think of fashion houses changing with the times, Escada, the Munich-born fashion house from the mid-70’s, comes to mind. It was founded in Germany and the name of the company comes from a horse the founders bet on (and won with) at a horse race, so it sounds pretty cool to me. Escada was founded by Margaretha and Wolfgang Lay, in Munich, Germany. It’s kind of fitting that a company who is named after a horse is a sportswear company, right? The women’s brand was introduced to the European market in 1978, but they didn’t hit the US market until a few years later in 1982. Margaretha was an overachiever, as she was not only the co-founder, but the chief designer as well. She was known for designing bold, colorful luxury sportswear. She claims that her bold color choices were inspired by her childhood in Sweden. 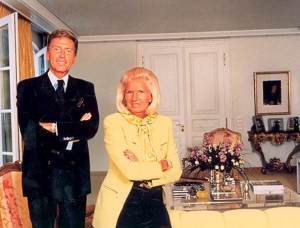 Margaretha was born in Sweden, and later travelled around Europe with major modeling jobs. She was able to work with the royal tailor in Sweden and later the German brand, Mondi. From these later experiences, she was able to learn about designing and clothing production. She married Wolfgang when she was 37 and he was 36, and they soon decided to start their fashion house. Although they technically worked together, Escada had two separate corporate buildings…one for design and one for finances. So they practically never saw each other, which could be for the best. Margaretha worked closely with her brand as chief designer until her death at the age of 56. 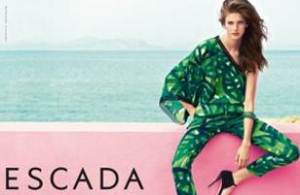 Luxury sportswear is kind of a fun specialty. It’s for the wealthy woman that wants to be comfortable while she looks chic. Escada didn’t have only one special item, they could dress the woman from head to toe. Michael Stolzenburg took over the designing aspect of the company after Margaretha’s death, but died at the age of 36 after only two years working for Escada. As years and designers have passed and designs have evolved, Escada’s look has become modern and sleek. In 1990, Escada debuted their first perfume, just two years before Margaretha’s death. Since that 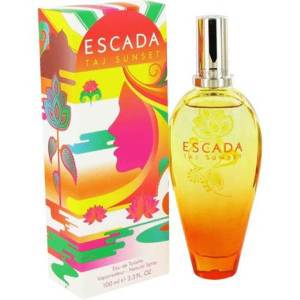 initial perfume, Escada has been putting many perfumes on the market each year, and perfume has become one of the most relevant aspects of their brand.

In late 2012, Daniel Wingate was promoted into the role of chief designer for Escada. His designs mirror the originals in that he has put a lot of emphasis on color and bold designs. He wants his designs to be for independent women who desire quality fabrics, colors, and designs. He aims to design for women similar to the owner of the brand, who is 36 year old Megha Mittal. Recent designs have been modern and fun. Escada dresses the Princess of Sweden often, which is pretty awesome, in my opinion. This German fashion house is true to itself and isn’t going anywhere.