In this era of general entertainment, the power of celebrities in popularizing fashion trends can be hardly be overemphasized. Musicians and actors have great influence on the way people might dress, especially younger people. But beyond musicians and actors, many social groups presented through multiple media channels such as music videos, movies, TV series, interview programs, and photographs have become the highly visible and influential “new” elite. Who are the groups that receive most of media attention? Here are three of the most influential social groups today. 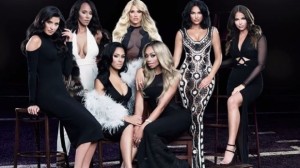 Of course WAGs, the acronym used to describe the wives and girlfriends of professional footballer players, stole attention of the entire British media during the 2006 World Cup in the German town of Baden Baden. The press gave increasing coverage to the socializing and shopping activities of the English WAGs, so they suddenly became celebrities around the world. After the World Cup, they have regrouped in the fashion industry and began a new trend to the new cultural terrain. Like it or not, the WAGs are far and away the best style bellwether we have, because they occupy the strategically important territory between cutting-edge fashion and the mainstream. Many people feel curious about what makes the WAGs important for fashion, the reason might be they have an appetite for new trends, but that this is always tempered by a strong sense of vanity.

Fashion produces unrealistic expectations by pushing boundaries and creating new forms. Some fashion trends even cross the gender lines. Transgender group leads by model Andreja Pejic are attracting attention from the fashion world and its followers. These unconventional beauties are stepping in front of the camera and changing preconceived definitions of masculinity and femininity. In 2011, Andreja Pejic walked both the men and women’s shows for Jean-Paul Gaultier and Marc Jacobs. After that, transgender fashion faced some struggles, but has experienced some rewards. Today, Andreja Pejic is known as a prominent model who wears both men’s and women’s clothing. Transgender fashion has captured many designers’ interest, for example, Gucci is currently putting a gender-neutral ethos. With more and more followers, transgender groups are eliminating the distinction between man and women aesthetically. 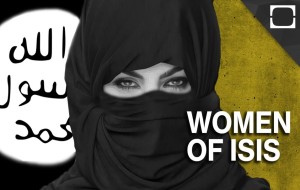 Some social groups are far more serious than others. Like we see in the above two social groups, most people think fashion keeps advancing constantly; however, ISIS represents a major step backwards in freedom of dress for women. Women living under Islamic State’s control in Iraq and Syria are facing increasingly harsh restrictions on movement and dress. Women are forced to wear double-layered veils to conceal their eyes, and a loose robe designed by ISIS after they find some abayas revealed body outlines. If women do not comply with the prescribed dress code, male guardians known as mahram are required to punish them. The dress code campaigns restricts women’s right to pursue fashion and their future is uncertain.