Dear 2017,
Get ready for change! We may have just kicked off the year with a new president, but we have not forgotten 2016 and at the start of the new year. Dominating events have always been an aspect of zeitgeist. This is where it will define the spirit and mood of this time demonstrated by the current ideas and beliefs. We are going to take a look at some recent dominating events that have already started revolutionizing the fashion industry.

Women from all over the world marched

in solidarity recently to make their voices heard and to promote awareness of women’s issues. From Washington, DC to Paris to Iceland, the world stood together on January 19, 2017. About 2.6 million people from all walks of life participated, including celebrities like the iconic Madonna to a catholic nun all to demonstrate unity in the demand for equal civil rights for all women. They were other issues of the day too-protesting against Islamophobia, xenophobia, white supremacy, sexism, racism, and misogyny. A sense of unity was celebrated by the thousands of women who wore pink knit beanies and shirts that said slogans like “torch the bra” as symbols of women who fight back and are not going hold back their feelings anymore.
Remember BREXIT? Well that is how the safety pin movement was born Wearers of safety pins demonstrated their support for those affect

ed by oppression in the U.K. and make it known they were an allies to these groups. Here in the U.S., the safety pin has made its way to the red carpet through Kerry Washington, who wore it to demonstrate solidarity among those who feel unsafe, such as Latinos, Muslims, African Americans women, LGBT community, and refugees. She’s among the first celebrities to wear a safety pin, and has paved the way for others to join this display of unity.

Another movement that has received a great deal of media attention is the Black Lives Matter movement, which is an activist group dedicated to fighting against violence and systemic racism toward black peopl

e. Way back in 2012 after Trayvon Martin’s murder, this movement emerged in response to the injustice of these crimes, and since then its voice has been powerful to the country. The movement had su
ch a powerful impact on people that fashion designer Pyer Moss’ Fall 2016 collection took a stand on the runway by showing names written in what appeared to be blood splatters on coats and shoes with the names of the victims. What a way to make a statement and stand in solidarity!
If you want your style to i

dentify you as someone who stands with so many others who want to show their rage against the system, the human rights movements are inspiring some of the newest and coolest fashion trends. Keep an eye out for #blacklivesmatter T-shirts and even more catchy slogan t-shirts supporting the women’s movement that will fight back. Also, join the rest of the women as pink becomes the new black. Lastly, get creative with your safety pins the bigger the better, the more hardware the more aware people see what you stand for! 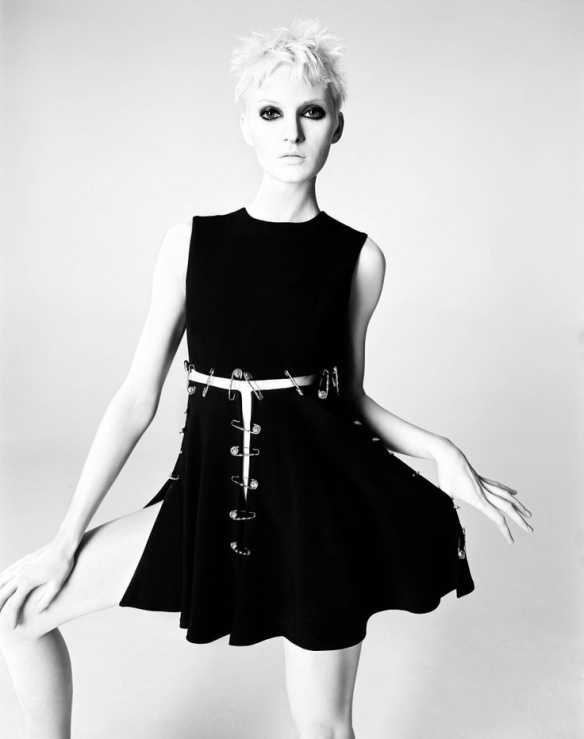