A zeitgeist, or “spirit of the times”, is a reflection of society’s main beliefs and ideals of a period of time. There are many aspects to what makes up the zeitgeist, and social groups are one of them. Some of the most visible social groups today are the fans of A-list celebrities. These social groups influence things from clothing trends, to popular phone app 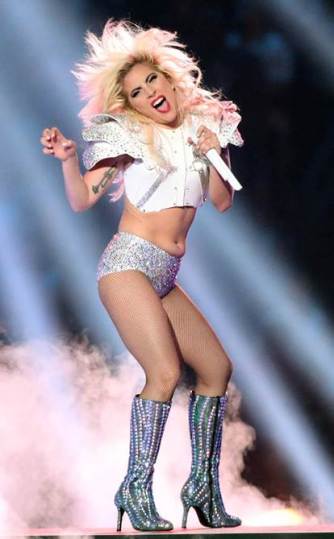 Lady Gaga and Beyoncé are two powerful female performers who greatly influence young people. Both use their performances to express their most intimate feelings, and subsequently have become the voices of their millions of followers. However, not all massive fan bases revolve around performers, for celebrities like the Kardashians have equally large followings. The fan bases Beyoncé, Lady Gaga, and the Kardashians have amassed are almost as influential as the celebrities themselves.
What all three fan bases have in common is fierce loyalty, and recently we have seen evidence of this loyalty through social media. The Little Monsters are Gaga’s unofficial army, supporting the causes Lady Gaga endorses through social media 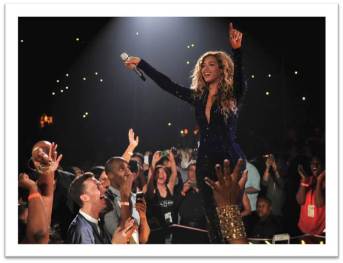 and their treatment of others. Lady Gaga is a powerful spokesperson for many issues, but body positivity, feminism, and social unity are three of her highest priorities, and these are each topics her Monster army is dedicated to supporting. Gaga’s concerts are far from boring, for her fans copy her iconic styles at every city she visits on tour.

Both Lady Gaga and Beyoncé influence their fans to step out of their comfort zone, for when one of these women pushes the boundaries, it is then reflected though their fan base. Beyoncé’s massive community of fans is known as the BeyHive. This group of loyal fans has established not only a name for themselves, but a full-fledged community with Queen Bey as the tie that binds them. When fans attend her concerts, their fashion reflects her artistic and political influence, as well as the fearless style she showed in her ‘Lemonade’ visual album.
The Kardashians are influential celebr

ities with a loyal following of young women who have become masters at mimicking the Kardashian look, whether it be by buying Kylie’s lip-kit at record speed or copying Kim’s latest street-wear style. When the Kardiasian’s make-up artist swore by the contouring technique used to create the signature Kardashian look, the trend swept the nation like wildfire. The Kardashians’ fans are capable of moving trends introduced by the Kardashians into the mainstream in an incredibly effective fashion.

You may be thinking, why does this matter to me? If you’re an individual who belongs to a social group, whatever that group may be, it is valuable to recognize how fashion can enforce unity. Through repetition of trends established or endorsed by these celebrities, we have the ability to belong to something bigger than ourselves and recognize when the next trend will occur. Understanding the influence of social groups will allow you to make more purposeful decision, whether your goal is to stand out or fit in.

Alemoru, K. (2016, March). We asked the Beyhive what Beyonce means to them. Retrieved February 10, 2017, from http://www.dazedigital.com/music/article/31898/1/getting-into-formation-with-the-beyhive