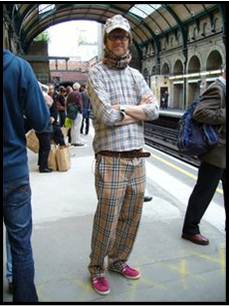 Ah Burberry, the iconic look of elegant trench coats, warm scarfs and of course plaid. A little over a decade ago a group of working class youths in England became obsessed with the classic Burberry plaid print. Now I don’t mean obsessed as in ‘ask for Burberry for every birthday and Christmas’ way, but these people started wearing mass quantities of fake Burberry. I’m talking Burberry hats, strollers, jackets, pants and even cars and houses were starting to be painted plaid. Soon Burberry had a total PR crisis on their hands.

Chav is a stereotypical name for young people in Britain who are not well educated, typically violent and wear fake designer clothing. When Burberry was experiencing a huge revival in popularity in the early 2000s a group of young and rowdy citizens began wearing massive amounts of beige plaid in an attempt to look cool. And thus Chav “culture” was born. 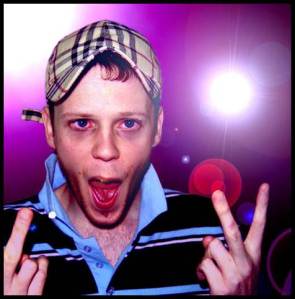 Soon after this cult-like obsession with the print began, Burberry responded. In 2002 the beige plaid was visible on one fifth of Burberry’s products, three years later in 2005 the classic check was only visible on around 5% of products.

It didn’t help Burberry’s problem that pubs started banning people wearing the pattern, in fear that they might be violent offenders. As a response Burberry stopped selling the plaid baseball caps that had become a Chav favorite. When a Welsh band tried to auction off a plaid car, Burberry took legal action and demanded that the car be destroyed. One man even had his house painted plaid, and no I am not kidding. He really thought that was a good idea.  It isn’t just knockoff plaid that makes these thugs so recognizable, they have a pension for large gold jewelry, and are almost always 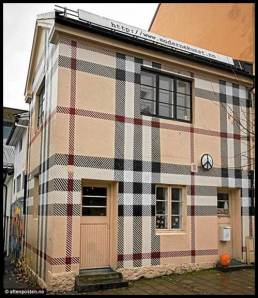 In the Unites States, Chavs could easily be compared to the Guidos of Jersey Shore.  Both groups love a good track suit, designer goods (either real or fake), have a tendency to look a little trashy and have anger management problems. Chavs are currently much more disrespected in the UK than Guidos are in the US, several books have been written and movies created about the rise of these designer-loving thugs. All his does make me wonder; if the cast of Jersey Shore were a tad more violent or a little trashier would Americans still love them? Or would our government learn from Britain and try to find ways to keep them off the streets?

In every society, in every country and in every era there is going to be a group of working class citizens whom the rest of the social sphere looks down upon. I cannot think of a group more fascinating and with so much character than Britain’s Chavs and I am eagerly looking forward to seeing what the future holds for this fascinating group. 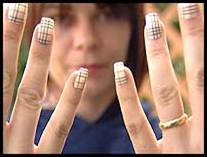